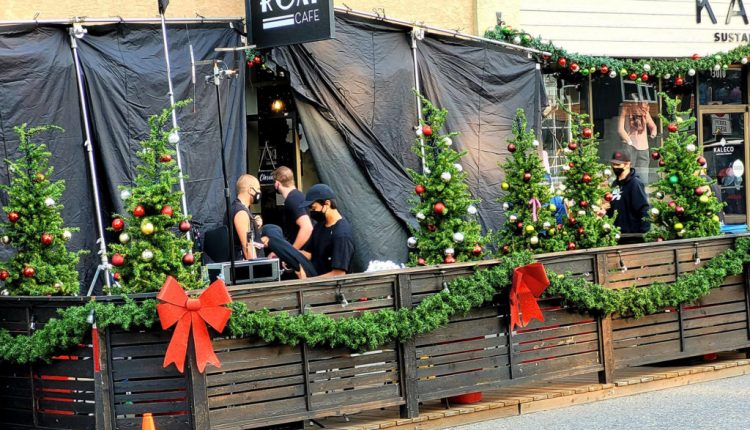 In downtown Vernon, decorations have been carefully hung for a new movie that was filmed in the city on August 9, 2021. (Greater Vernon Chamber of Commerce photo)

Three Hallmark films and one Lifetime are filmed in Okanagan

Things are starting to look a lot like Christmas … August.

Several storefronts in downtown Vernon have received a festive facelift as filming for a new Hallmark film is in progress.

The locations include the Roxy Café and KALECO Sustainable Lifestyle.

The Christmas movie is slated to be shot across the community, the Greater Vernon Chamber of Commerce said, warmly welcoming all of the cast and crew to the North Okanagan.

Three Hallmark films and one Lifetime film are currently being shot in the valley.

READ MORE: Which BC Brewery Do You Think Offers The Best Overall Experience?