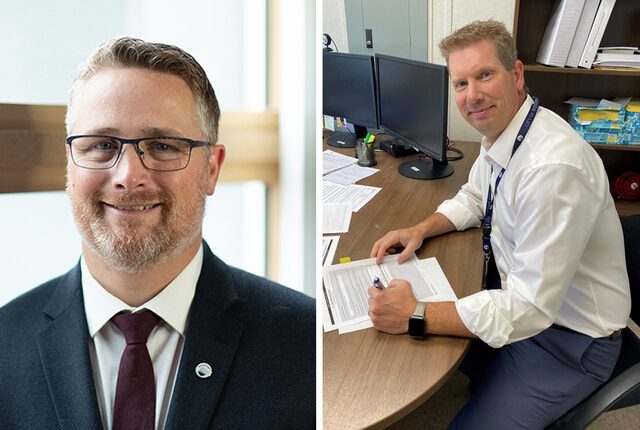 Two veteran councilors have announced their intention to seek re-election in West Kelowna.

Rick de Jong and Jason Friesen both filed their nomination forms with the city on Tuesday.

Over his first three terms, de Jong says he is proud of what has been accomplished, but admits council and city staff need to continue to work together to complete several projects at various stages of completion.

These include the new Rose Valley Water Treatment Plant and city hall, the city’s new Official Community Plan, a new community fire hall and development of a public works yard.

Looking ahead, de Jong says he believes there are four major areas in need of focus in order to build the city in a fiscally responsible manner.

These include a focus on fire rescue services, community policing needs in order to provide safe streets and neighborhoods, building up core infrastructure such as water, sidewalks, improved roads and bike paths and community amenities.

Friesen, who was elected to a first term by 23 votes over incumbent Rosalind Neis four years ago, says he is seeking a second term after gaining a “deep understanding of this burgeoning municipality’s complex challenges,” over his first four years in office.

“It’s time to see through the big projects and planning that have come from the work of this last four year,” he stated.

Friesen says he hopes to leverage his experience as a councilor in order to provide leadership as large infrastructure projects are completed, ensure residents input is met through various growth strategies and manage needs in terms of public safety, economic opportunities and an enriched lifestyle.

“I believe that as a west Kelowna city councillor, it is our job to overcome growth challenges while preserving the best things about our community.”

Friesen and de Jong are the first two councilors to officially announce they will seek re-election.

Doug Findlater and Jayson Zilkie have announced they will step away from politics, while Stephen Johnston and Carol Zanon have yet to announce their intentions.

The deadline to file nomination papers in Friday at 4 pm