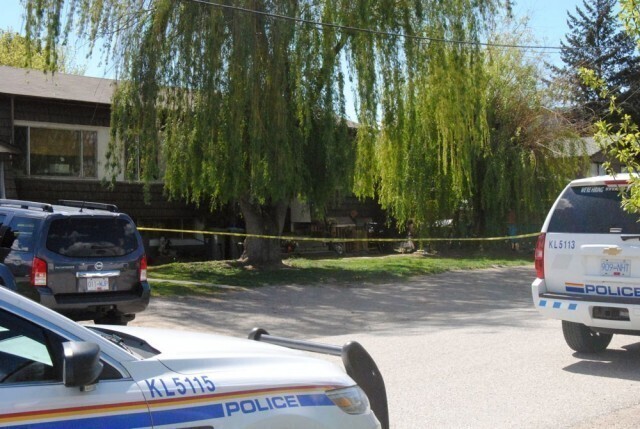 Jose Amestica broke down in tears as he thanked Justice G.C. Weatherill for giving him a second chance, saying he would not regret it.

The 56-year-old West Kelowna man was given a three-year suspended sentence on two counts of trafficking in a controlled substance.

He was arrested in October 2019 after an undercover police operation in downtown Kelowna, in which he sold cocaine and fentanyl to an undercover RCMP officer.

In May 2017, Amestica was sentenced to five years in prison for manslaughter in the 2015 stabbing of 45-year-old Kevin McNally inside a Solar Road home during an argument. McNally died three days later in hospital.

Amestica had multiple drug convictions prior to his killing of McNally, dating back to 2010, and he allegedly went back to his old ways shortly after completing his manslaughter sentence.

During sentencing Tuesday, Justice Weatherill told Amestica he came very close to not accepting the joint submission of the Crown and defence for a three-year suspended sentence with several conditions including a curfew, a ban on drug and alcohol and a requirement that Amestica supply a DNA sample.

“I have sentenced many for trafficking in controlled substances and fentanyl is the most hideous of them all. The number of people dying is horrendous. It has killed more people this year than COVID-19,” said Justice Weatherill.

He accused Amestica of selfishly feeding his own addiction at the expense of others, but in the end, agreed to a suspended sentence. A suspended sentence allows Amestica to avoid prison if he abides by his release conditions. Should he violate them, the sentence is collapsed into a jail term.

Amestica lives with his elderly mother, who was asked by the justice how he can be satisfied her son will stop selling drugs.

She gave an eloquent answer, touching on how it’s not just the family behind her son, but the community. She credited his lawyer, drug counsellor, and staff an Interior Health who saved his life when he suffered two drug overdoses in 2019.

Amestica also addressed the court. “In my life, I have said I’m sorry too many times and not truly meant it. I mean to back up my words with actions. I want to change my life completely,”

“If you fail there will be consequences you will not relish,” replied Justice Weatherill.