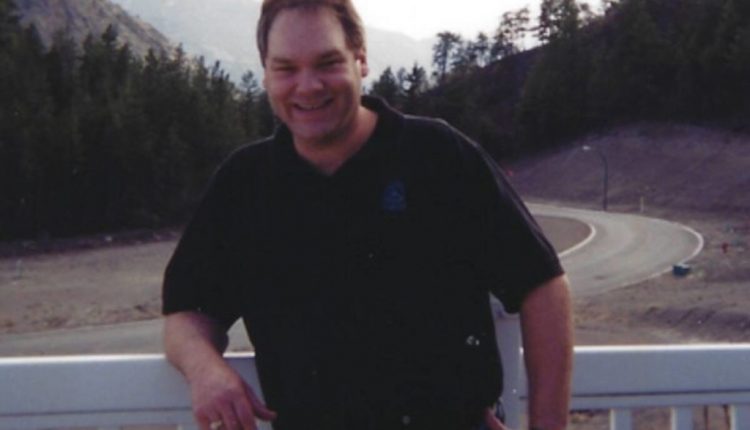 Have you ever thought about how one day you can wake up and your whole life can change? Well, that happened to aspiring golfer Don Walin 33 years ago.

From Wetaskiwin, Alberta, now living in West Kelowna, Walin started playing golf when he was seven years old, dreaming of playing professionally. Growing up right across from the local golf course, he would play anywhere from nine to 45 holes a day.

In 1989, Walin was three years into a promising career on the Canadian Professional Golfers Association (CPGA). He was working at Glen Meadows Golf and Country Club as an assistant golf professional in Sidney, BC when he woke up one day in a hospital and didn’t remember why.

“I was 24 years old, and everything up to that point was completely normal in my life,” said Walin. “I ended up in the Royal Jubilee Hospital in Victoria in their psychiatric ward. I was actually missing for three days, no one knew where I was. They diagnosed me with manic depression, which they called it at the time. Now they call it bipolar disorder. I spent six weeks in the psychiatric ward and I had never heard of the illness before, myself or my family, none of us knew anything about it. That was my first full-blown manic episode.”

Walin doesn’t know how he got to this point but after learning a little more about it, he was able to put some pieces together of how this first episode could have happened.

“It can often be genetic, but we really don’t know anyone in my family that had it,” said Walin. “For me, I had a tremendous amount of stress in my life work-wise, and just in my life in general, I really think it was an accumulation of just way too much stress that triggered my manic episode in the first place.”

After working through the episode, Walin tried to go back to work at various golf courses in BC and Alberta and play golf but after a few months, he had another manic episode and had to go to the psych ward again.

“Because of my illness, I couldn’t work anymore so the CPGA put me on the retired category in 1996,” said Walin.

Walin explained that for most people, including himself, manic episodes can work as a cycle. They would start with the bipolar phase and transition into a depression phase.

“I was hospitalized in psychiatric wards 10 times between 1989 and 1999, and my manic episodes would usually last for roughly around five-to-six weeks… but then right following, I would go straight into a severely depressed episode, which is at least eight months at a time,” said Walin. “For me, the depressed episodes were a lot worse.”

Through thick and thin, his family was always there to support him through the life-altering experiences he was going through.

“I’m lucky enough to have a loving family and support,” said Walin. “I have four older brothers and my mom was a huge help. I ended up losing at least a few jobs because of my illness and I didn’t have any money or any place to stay so I was lucky to live with my mom.”

He would go back to her house after every manic episode.

Throughout the nineties, and episode after episode, psychiatrists tried him on all different kinds of medicines but it took a long time to find the right one.

“In 2000, my psychiatrist up here in Kelowna put me on different psychiatric meds that started to work for me,” said Walin. “I went through a major lifestyle change as well to reduce stress as much as I could. I started feeling better in the spring of 2000 and I’m still feeling pretty good right to this day.”

Since 1999, Walin has had no episode or hospitalizations.

One of his biggest supports throughout his journey as well has been his wife Ellen, who worked as a home support nurse in Interior Health for 30 years and started as one of his nurses. After a few years, it turned into a relationship, and he canceled her as his support worker so they could be together.

Walin also says he’s not religious, but throughout his manic episodes, he would have spiritual experiences where he would wake up and think he was different spiritual figures. When he was in this state, he called it his ‘mania spirit theory’. He would also feel the spirits coming through other people he was around when he was in this state. In the times when he thought he was a spiritual figure, he still always knew he was himself at the same time.

“In the past, [medicines] had horrific side effects and I experienced some of them,” said Walin. “I think the medications are a lot better today.”

He credits humor as well to helping him through his journey with mental illness.

“I think there’s still way too much stigma with mental illness, the general public needs to be more educated,” said Walin. “I think what’s good is that some of these famous celebrities are coming out of the closest now and talking publicly about their mental illnesses.”

Walin has a book out titled ‘The Crazy Golf Pro: My Journey with Bipolar Disorder’, released in September 2021. Writing his story was another journey in itself as he battled the confidence to even write it. When in the manic state, he would write frequently because his brain would be firing so fast.

However, manic episodes occur in cycles from the manic to depressed state, which can last for up to eight months. In the depression periods, he would lose all his confidence and didn’t want to write.

Even though he didn’t consider himself a writer, his wife told him he’s a writer.

When he started feeling better in the early 2000s, he was all-in on writing the book again. Walin wrote on-and-off since then and finished the book around 2016.

Despite the fact that the book came out last September, Walin is promoting the book now because he also suffered from seasonal depression. On top of bipolar disorder and season depression,

“I call it my mental hat trick.”

Although he doesn’t play golf anymore, he is still a massive fan of the game.

“I think it’s the greatest sport in the world.”

“I mean, Tiger Woods. He’s maybe not my favorite person but I got to put him up there.”

Walin is holding a book signing next month at Indigo at Orchard Park Mall on Saturday, June 11 from 12 pm to 2 pm