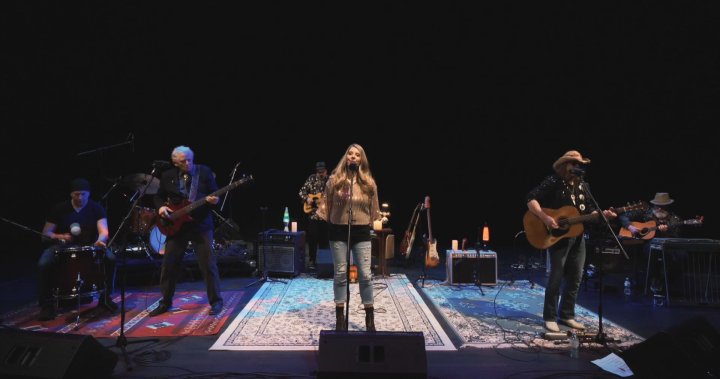 The writer, singer and musician who make up the Dirt Road Opera in West Kelowna don’t let their passion for music fade away.

The trio is bursting with talent and music history, Rachel Matkin sang Harmonie for Barry Mathers when she was 13 for his band at the time, The Cruzeros.

“I met Barry in 1986, then suddenly we all knew each other and we’ve been close ever since,” said Jim Ryan, bass and keys.

Since then they have worked together on many music projects and finally founded their own Dirt Road Opera six years ago. Now they are releasing the first of many planned virtual concerts in which they tell the story of their songs.

“[The songs] You are important to us, ”said Mathers, vocals, guitar and songwriter.

“I think it’s nice when the audience gets a little insight into what we’re singing about and what we’re doing.”

Their on-stage performance of Can’t Find A Way, written by Mathers when he was on Harmony at Cruzeros with Ryan and Matkin, was a pivotal point for decades.

“When we wanted to record this, we thought of the idea of ​​having me sing it,” said Matkin, vocals, guitar and mandolin.

“I remember the first time I heard it on his album, I fell in love with it. I was pretty excited that I could sing it myself. “

Their online concert will be posted on the Dirt Road Opera YouTube page on May 15th. To follow the band and listen to their music, visit their website at www.dirtroadopera.ca