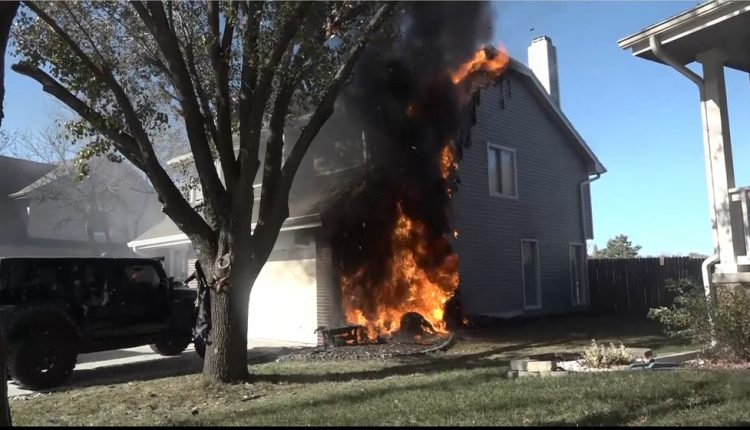 OMAHA, Neb. (WOWT) – A house in West Kelowna went up in flames Monday after a portable fire pit was used.

The homeowner of the house near 162nd and Parker Streets was alerted by neighbors and evacuated his family before realizing the danger.

While others called 911, the homeowner was using a garden hose to put down the fire as it spread to the roof.

Spectators weren’t just watching – some grabbed the neighbour’s hose and poured on the water.

“It was moving up the side of the house pretty quickly and I wanted to make sure they weren’t in the house. I grabbed this hose and was just starting to help. Do you think it helped? Oh yes, I think so, “said the witness Matt Knott.

Kelowna firefighters arrived on site within minutes to provide relief to the homeowner and neighbors.

And that’s a good thing, because flames went up on the roof that are too high for garden hoses to hit.

No official word on a cause, but a portable fire pit that was in use yesterday was next to the garage.

While the family is fine, it has been a difficult few months for them. In June we reported that their rooftop store pickup was stolen from the driveway and thrown away. Now part of their new siding has been destroyed.