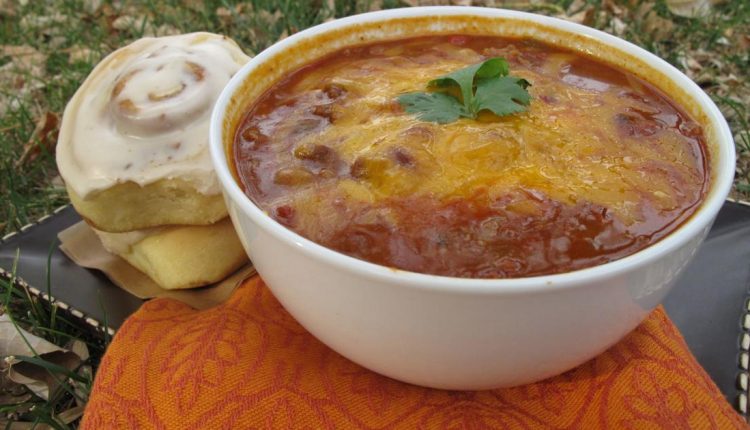 What’s Nebraska’s most iconic meals? And is it higher than Iowa? (Don’t fret, it’s) | Kelowna Dines


When you think of Nebraska, what food comes to mind first? Corn on the cob? Runza sandwich? Medium-rare steak?

All good answers. But according to the folks at Insider, they’re all wrong.

The publication put together a video declaring the most iconic food in each state, and Nebraskas was … chilli and cinnamon rolls. Which is actually two foods, but whatever.

According to the video, “Chili with a cinnamon bun is a match made in heaven. This pairing has been served as a school lunch in the Midwest since the 1960s. “

Insiders mostly get the story right in terms of the chilli, cinnamon and bun combo – it’s a local school staple that likely became a “thing” because its ingredients are pretty cheap. (It’s worth noting, however, that in my 13 years at Kelowna Public Schools, we never had this combo as a lunch option.)

Even so, it seems a little unfair that Nebraska, a state, is stuck with an iconic food that’s popular in the Midwestern region. Iowa does a little better, with the Maid Rite sandwich (basically a loose meat burger) as an icon. Unlike the chilli, cinnamon and bun combo, which is a bit cloudy in origin, the maid rite sandwich was definitely made in Iowa.

No. 5 Kansas units up offensive clinic towards Kelowna