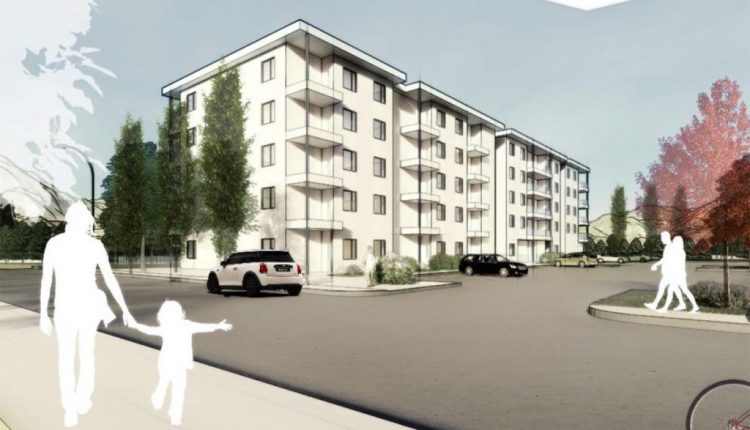 Summerland council has adopted bylaws to amend the zoning and Official Community Plan at 8709 Jubilee Rd. E., but they haven’t approved the proposed housing development yet.

The bylaws change the land use designations to allow for the construction of a multi-family affordable housing development. However, Graham Statt, chief administrative officer for Summerland, said council has yet to approve specific details of the plan.

The proposal is for a five-storey, 60-unit housing development. Statt said buildings in downtown Summerland are limited to four storeys. A variance would be required to go to five stores.

In addition, the number of parking stalls for the proposed development is fewer than what would normally be required for a 60-unit building. Council would have to approve the reduction in parking stalls if the plan is to proceed.

The proposal came before Summerland council for first and second readings on Feb. 22, A public hearing was held on March 22, and the third readings of the amendment bylaws were passed at that time.

Rezonings within 800 metres of a controlled intersection also require approval from the Ministry of Transportation and Infrastructure. This approval was granted March 23.

The plan addresses housing concerns in Summerland, including a lack of housing diversity, a lack of rental homes and a lack of subsidized housing.

The 2017 Affordable Summerland report notes that existing multi-family developments are not suitable for young families because they are targeted to seniors and sometimes have age restrictions.

“Diversifying housing in Summerland to meet the needs of a wider population is a tangible goal of the community, and the unit configurations and the attention to meeting diverse income levels, which are the essential characteristics of the project, directly address this community concern,” Erian Scott-Iversen, planning technician with the municipality, said in her report to Summerland council.

The proposed development has generated plenty of controversy within the community.

During the March 22 public hearing, residents who live near the site raised concerns about parking and traffic safety problems along Jubilee Road East. Some suggested a smaller development should be constructed instead.

In addition, some have suggested the location is not appropriate for the proposed development.

Affordable housing has been considered for the site in the past. In 2012, a concept to allow 14 small homes on the property was considered. In the spring of 2014, the council of the day amended the Official CommunityPlan to allow for the creation of a pocket neighbourhood at the site.

However, while the community plan was amended, the property has remained vacant since that time.

Crown and Thieves: Contemporary West Kelowna vineyard is a should